What Are The Car Insurance Requirements In Alaska? 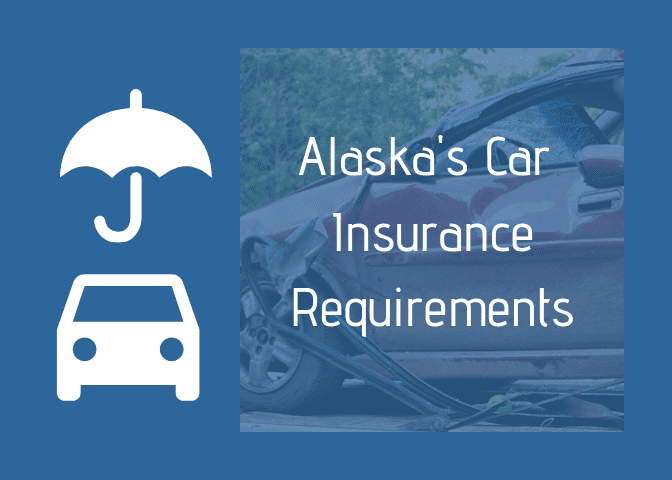 Alaska law requires the owner of a registered vehicle to have a liability insurance policy in effect that complies with Alaska statute 2822101. According to Alaska car insurance requirements, the minimum amounts for this policy are:

How Much Insurance Coverage Should Someone Carry?

A lot of people simply cannot afford to purchase more than the very minimum coverage. It's a fact. However, if you are asking this question, it implies that you are not in that category. I would get to the answer by asking you a question – How much insurance would you want if a mistake turns into something terrible? Every day, automobile accidents kill and permanently disfigure people because drivers simply fail to pay attention. We all know of tragic auto accidents in Alaska.

How much insurance should you carry? I don't think you can have “too much.” As a personal injury lawyer in Anchorage, I am constantly reminded of what is at stake. Even crashes that seem less serious sometimes result in surgeries that can lead to big medical costs, not to mention lost pay because of time missed from work.

Are Most People Surprised At The Amount Of Insurance Coverage They Actually Have?

Alaska auto insurance requirements do not force motorists to purchase underinsured or uninsured motorist coverage – but the insurance company has to offer it to everyone. Insurance companies do have to make it available and if it's rejected, the motorist must sign and check a box on a form that says that he or she is rejecting the coverage.

What Does Uninsured Or Underinsured Motorist Coverage Actually Cover?

Uninsured motorist coverage covers you for an injury caused by someone else who doesn't have insurance. This would include everything from top to bottom including your property damage, what it costs to fix your car, and also bodily injury coverage. It covers the cost of medical care that is required after a crash as well as replacing lost wages as a result of an injury. Additionally UM offers other recoveries that are available under Alaska law including pain and suffering, loss of enjoyment of life, and inconvenience caused by being injured by someone else's negligence.

Is The UIM Automatically Added To Someone's Policy Or Do They Have To Request It Specifically?

The most UM/UIM coverage that you can buy in Alaska is $1 million/$2 million and you have to ask for that if you want it. Most people are completely unfamiliar with the concept of UM/UIM and it's something that Attorney Banker finds himself explaining to almost everyone that comes into his office.

For more information on Alaska auto insurance requirements, arrange a free initial consultation today. Get the information and legal answers you need by calling Banker Law Group at (907) 222-2999 or contact us online.

Bio Anthony Banker is a trial lawyer who devotes his practice to helping people who have been injured or exploited. Over the past 20 years, he has litigated several hundred cases involving negligence, maritime injuries, wrongful death, product liability, insurance bad faith, professional liabili...

Thank you for contacting us. We will get back to you shortly.

Please complete all required fields below.

Banker Law Group Is Here for You

At Banker Law Group, we focus on Car Accidents, Motorcycle Accidents, Maritime Law, Catastrophic Injuries, Traumatic Brain Injuries, and Wrongful Death and we are here to listen to you and help you navigate the legal system.

We offer a Free Consultation and we'll gladly discuss your case with you at your convenience. Contact us today to schedule an appointment.